Shenyang is the provincial capital and the largest city of Liaoning Province in the People’s Republic of China, as well as the largest city in Northeast China by urban population. The East Tower Bridge on the Hunhe River has a total length of 1,290 meters and is a key project in Shenyang’s comprehensive upgrading plan. During construction, the developers needed to monitor the cables and main tower of the 1,300-meter suspension bridge, for the safety of motorists. They also needed real-time monitoring of the bridge’s loading capacity, stability and structure.

Meanwhile in Indonesia, the Cisomang Bridge had to be refurbished after one of its pillars got deformed and shifted, causing alarm among locals and authorities. It reached a point where trucks were not allowed to cross, traffic to the bridge had to be reduced and the state railway had to add extra trains to compensate for the diverted traffic.

Also in Indonesia, the Mahakam IV bridge was opened in 2019 to help with the congestion problems in Samarinda, East Kalimantan province.

For the Cisomang Bridge refurbishment, PT Risen connected Loadsensing data loggers to strain gauges on the bridge pillars. And for the Mahakam IV bridge, seven tiltmeters and five vibrating wire 5-channel data loggers were used to send information from different points of the bridge structure to a gateway.

Loadsensing uses LoRa, a long-range, low-power wireless technology used by IoT networks worldwide. It has a proven range of up to 15 kilometers and a battery life of up to 10 years, is robust, easy to install and significantly less expensive than cabled networks and manual monitoring.

Loadsensing uses a star network topology which has a long range, is not affected by radio signal obstructions, does not need repeaters or network planning and is not critical-path dependent. Loadsensing sensor networks can be easily expanded by adding new wireless units to the network. The technology’s advanced network management tools allow for the automatic addition of new edge devices in a transparent way. Moreover, its network protocols have been designed to be highly scalable: a single Loadsensing gateway can manage up to 500 edge devices.

By implementing regular bridge monitoring and maintenance, major repair activities that cause traffic disruptions and congestions can be minimized or avoided.

Loadsensing eliminates the need for manual monitoring and expensive cabling on complicated bridge structures. Ultimately it contributes to the safety of bridge management employees and motorists anytime from construction to refurbishment.

Wireless monitoring of bridges during construction, refurbishment and repair 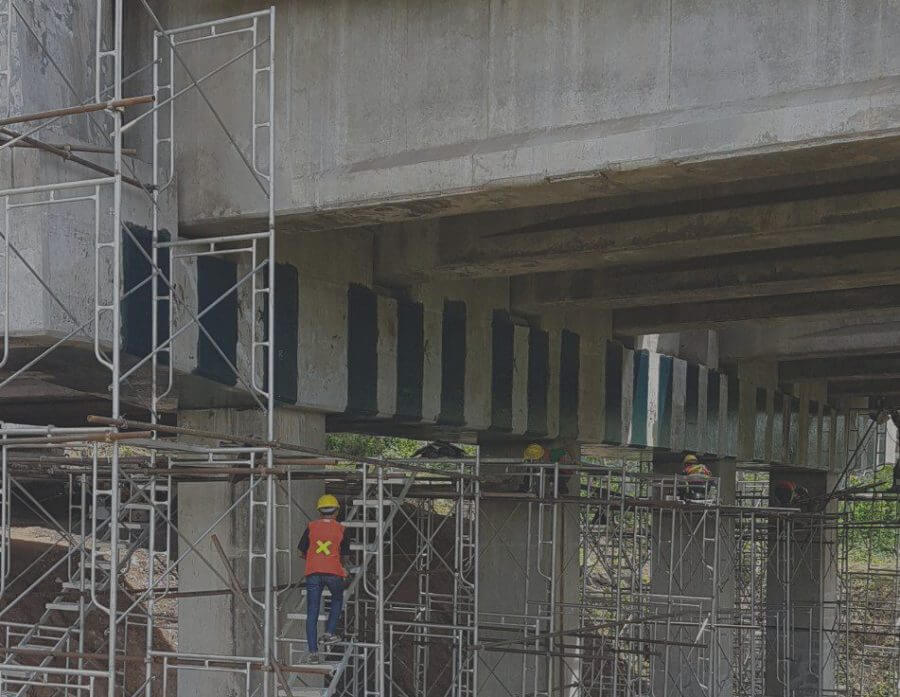 Are you planning a project?

Get in touch with us to share your needs and project requirements. We are experts in engineering and IoT and are happy to help.