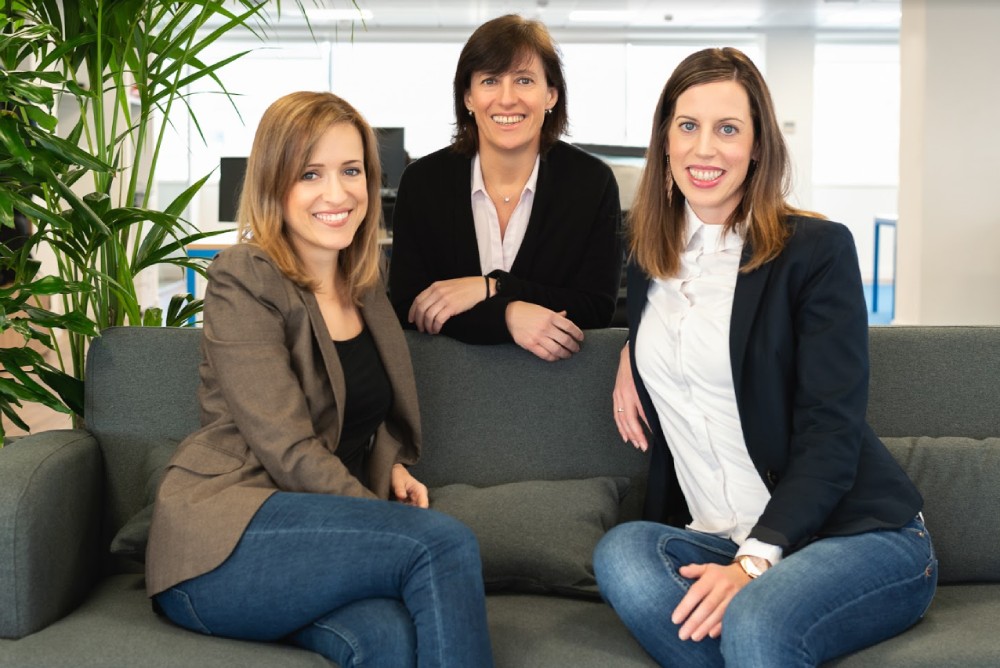 Barcelona, Spain 6 March 2020: Don’t let the all-male executive team fool you—Worldsensing is a great technology company for women to work in. And that’s coming from the women themselves, who make up 29% of the workforce and 39% of managers. “The really strong unique selling point of this company is family friendliness,” says Jennifer Harth, a mother who joined Worldsensing as director of marketing and communications after several roles in tech startups.

Whereas most tech firms are on board when it comes to attracting millennials with ping-pong tables and Friday night drinks, Worldsensing’s senior leadership also has a keen appreciation of the need to balance work and family time, she says. Likely, this is because almost all of the senior team are parents themselves. For women employees, having a fully inclusive attitude towards parenting adds an important dimension to the cultural mix.

“We really stand out in this sense,” says Harth.

Embracing family-oriented flexibility is part of a wider cultural acceptance of individual diversity. Worldsensing’s staff of around 100 encompasses around 20 nationalities and all age groups, which predisposes the company to adapt to the needs of a diverse workforce. For example, while there is a general guideline that everyone should work 40 hours a week, in practice there is plenty of flexibility to accommodate personal circumstances.

What’s more important than gender is that “you need to reach your objectives and outcomes,” says Gènia Bozzo, director of people operations at Worldsensing, whose CV includes a spell at the industrial giant GE.

Worldsensing’s emphasis on diversity issues is evident from the size of its diversity team , which counts eight members or around 8% of the company’s workforce.

“There are more people there than we need because everyone is super motivated,” says Bozzo.

The diversity team is responsible for implementing the gender equality plan and for running other initiatives related to inclusiveness.

The importance given to diversity is clear even in the language used within the Worldsensing office environment. Although speaking in English does not pose much of a problem in this respect, in Latin-language conversations staff are encouraged to use gender-neutral words and phrases where possible.

While this may help set the tone for a more gender-balanced workplace, Harth and Bozzo admit that attracting women to an industrial technology company such as Worldsensing is still not easy. That’s because, despite growing efforts for change on the part of industry, participation in so-called STEM subjects (science, technology, engineering and mathematics) remains male-dominated at school and university.

Consequently, it can be hard to find women for coding and engineering jobs even though the industry is working hard to broaden the appeal of these careers.

This is particularly the case for senior roles, since moves to attract women into STEM subjects are relatively recent. Finding women who have been in the industrial technology sector for decades is rare. Since Worldsensing recruits purely on merit and abilities, Bozzo says it is somewhat inevitable that the company workforce overall is skewed towards men. What’s important is that women should not feel left out when they join.

Valuing people for commitment and input

And they don’t, says Esther Castaños, Worldsensing’s finance director. “In Worldsensing there are no gender comparisons. Here they value each person for who they are, for their commitment and their input,” she says.

Castaños joined Worldsensing after an 18-year career in cosmetics and weight-loss treatments, both sectors where around 80% of employees are women. She was glad to find that Friday drinks at Worldsensing were just as open and inclusive as the social activities in her previous roles. “I knew I would find lots of young people, but they’ve made me feel at home,” she says.

“What I liked about Worldsensing, apart from its history and vision, is that it has implemented a culture of looking after and paying attention to staff and collaborators. The key to the success of the company is we put people at the center of our culture and values.”

As a growing company, Worldsensing is keen to extend the diversity of its own workforce and that of the industrial IT sector in general. But its options are limited by its size and state of maturity. The company cannot spend lavishly on bringing women into STEM and IT in the same way that larger, more established tech companies can, for example. Nevertheless, all staff are given training and networking opportunities to help them further their careers.

And the women at Worldsensing are drawing inspiration from the business to help others elsewhere. Harth, for example, has set up a group with ladies from other companies in the city for female middle managers who want to grow into executives in the future. The group holds inspirational meetups where executives share their knowledge and experience, hosted at Worldsensing’s office. The aim is to provide access to a wider range of role models, since one of the problems for women in certain areas of business is that they don’t have anyone to look up to, Harth says. Bozzo agrees.

Even in places where you can find women-in-business networks, they are frequently focused on female entrepreneurs… and “the challenges they face are different from ours ” Bozzo says.

What nobody in Worldsensing doubts is that greater diversity can only be a good thing for the company.

“Everyone has valuable capabilities and ideas,” says Bozzo. “It’s the way you solve problems that counts.”

Having a diversity of views can help the company solve problems more quickly and efficiently, she says. And solving problems in original ways ties diversity directly to one of Worldsensing’s core values, which is innovation.

“Having this open mind enriches us,” comments Castaños.

With the world focusing on workplace gender balance on this year’s International Women’s Day, Castaños is clear that fostering diversity isn’t just good for the individuals involved… it creates greater value for shareholders and stakeholders, too. “The companies that bet on women directors have a higher probability of growing at more than 5%, and mixed teams have higher performance, are more creative and innovative in decision making, and generate more efficient collaboration environments,” she says.

“That’s why being able to be a part of the Worldsensing team is an honor. It is clear investing in diversity pays off.”

Worldsensing is a global IoT pioneer. Founded in 2008, the technology provider delivers operational intelligence to traditional industries and cities. With more than 100 employees and offices in Barcelona, London, Los Angeles, and Singapore, Worldsensing is globally active and has customers in more than 60 countries. Worldsensing’s investors include Cisco Investments, Mitsui & Co, McRock Capital, and ETF Partners, among others. 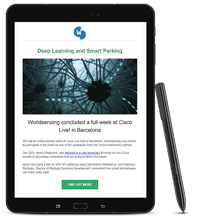