The IoT pioneer was founded in 2008 by three PhD students

Barcelona, June 2018
A decade after three PhD students set out to measure how avalanches behave in the Swiss Alps, their idea to use wireless sensing technology to analyze snow movements has taken them to become widely recognized leaders in the Smart City and Industrial IoT industry.

“When we founded the company, we were young and inexperienced. We tested many concepts back then until we found things that stuck. We made many mistakes, but we always managed to push forward.”, explains Ignasi Vilajosana, CEO and co-founder of Worldsensing.
“The driving force behind all our actions is still the will to apply technology to traditional industries to make everybody’s life easier. We really believe that technology can be used to serve society to improve business processes and increase quality of life.”, he adds.

Ten years in, Worldsensing works with over 300 partners worldwide to deliver end-to-end hardware and software solutions. From Smart Parking to wireless monitoring of critical assets and infrastructure such as mines, tunnels, and construction sites and operational intelligence for urban and industrial operations: the team of the Barcelona-based scale-up frequently packs its bags to manage projects and serve customers in over 50 countries. Not only do “Worldsensers” travel a lot and far, with over 90 employees from 27 countries who speak more than 15 languages, the company itself is a micro-world assembled in an office.

“We take a lot of care to hire people based on our core values such as ambition, excellence, and teamwork. We also make sure to select colleagues who really want to work for Worldsensing, people who believe in the positive change technology can bring to cities and traditional industries.”, Vilajosana points out.
“I’m grateful to say that I have learned a lot throughout the last ten years. But if there’s one thing that stands out, it’s the realization that you can only push boundaries with an epic team. I know it’s kind of an overused concept these days, but being the CEO and being lucky enough to know everyone personally, I have to admit it’s true: the team and the way people collaborate really is your biggest asset. And I’m very proud of what we have achieved together so far.”

Highlighting the epic moments the company has lived through

To celebrate the company’s accomplishments, some employees are sharing their key experiences. Jordi Llosa, one of the founders and CTO of Worldsensing, remembers the time when the team had to step up to take the company to the next level. 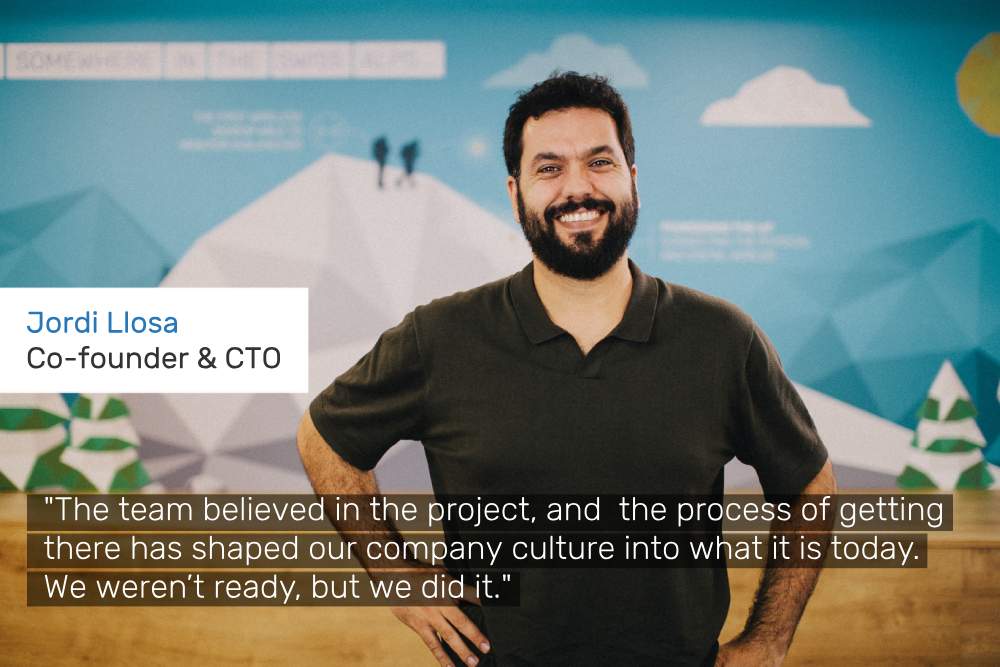 “The time that sticks out the most for me is the period when we pre-launched what people today call `Spider’ internally and is known as Spidernano to clients. In 2011, a seismic electronics consultant came to visit us to help us improve the next version of the product. We showed him what we had so far, but it was average quality at best. We spent the following weeks designing what would become Spider’s base technology and also paved the way for Fastprk and Loadsensing.
Spider was a tough product to design. We did some things wrong, both tech and non-tech, but the result was a success. Years later, the consultant told me that he thought we wouldn’t be able to design a system like Spider nowadays is, not even get close. He was surprised by the result, and looking back, I have to admit that I’m surprised, too.
The team believed in the project, and the process of getting there has shaped our company culture into what it is today. We weren’t ready, but we did it.” 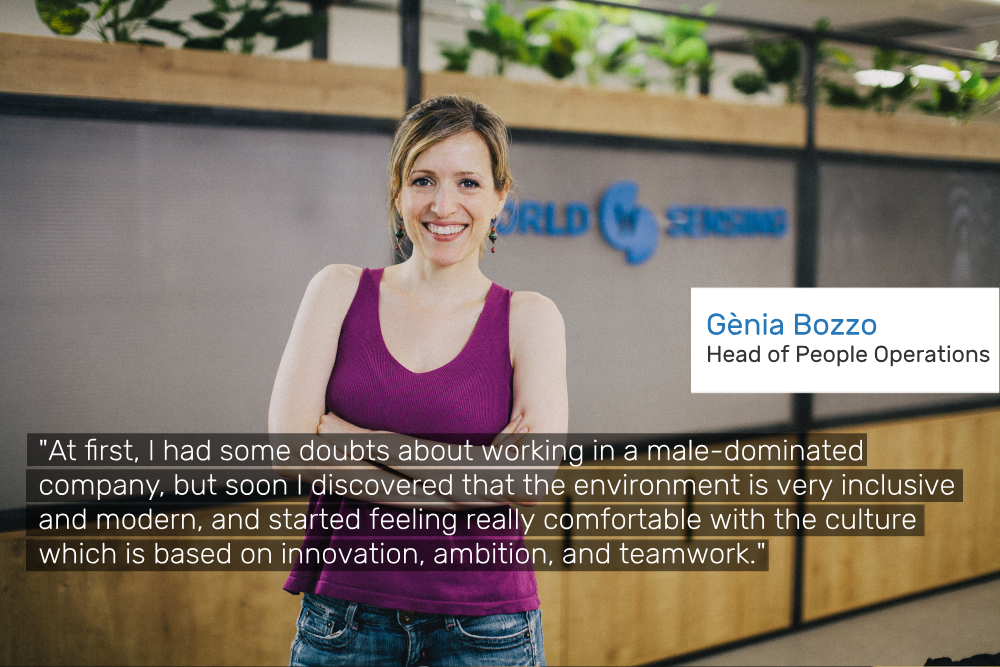 Gènia Bozzo, Head of People Operations, shares her impressions from her time at Worldsensing. Initially Gènia had some doubts about working in a company with mostly male colleagues.
“I started as a freelance, part-time recruiter. The idea was to do a few hires and to see what happens. Compared to the companies I had worked for before, Worldsensing was more industrial and male-dominated with over 80% male colleagues. I was concerned that I would encounter a workplace that would make it hard for me as a woman to be included in the process of shaping the company. I was certain that I wouldn’t stay long. But, I soon discovered that the environment was very inclusive and modern. I started feeling really comfortable with the team and the culture which is based on innovation, ambition, and teamwork. Lucky for me I chose to give it a try.”

Worldsensing is a widely recognized global IoT pioneer. Founded in 2008, the Barcelona-based technology provider delivers Operational Intelligence to traditional industries and cities. With over 90 employees and offices in Barcelona, London and Los Angeles, Worldsensing is globally active and has customers in over 50 countries across 6 continents.
Press contact:
Jennifer Harth
[email protected]