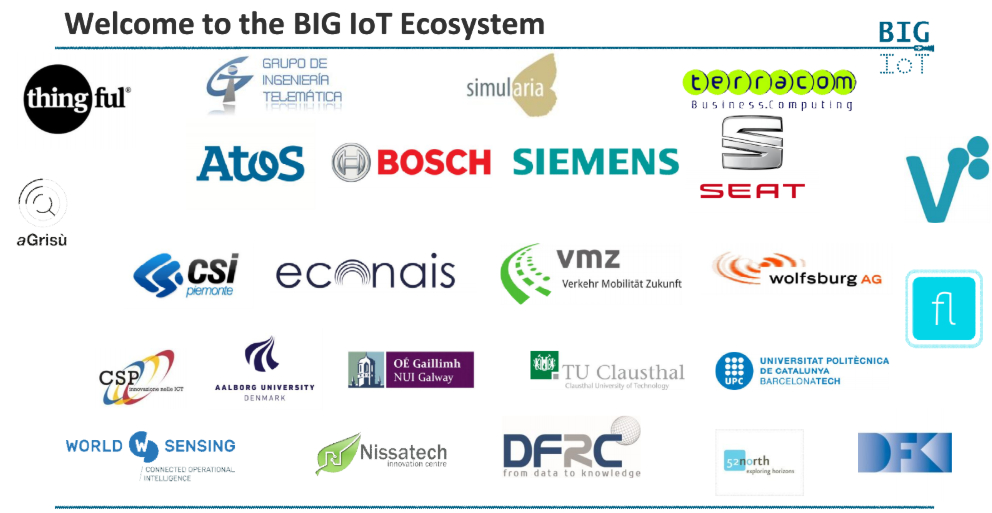 About the Big IoT project
Big IoT is a European project focused on enabling IoT ecosystems. The twelve companies involved will provide their technologies to create cross- standard, cross-platform, and cross-domain IoT services and applications. The initiative is embedded in the European IoT Platforms Initiative. The BIG IoT project joins large companies with experts from small enterprises and research and public bodies to implement the BIG IoT API and the BIG IoT Marketplace. By means of these two technologies, the project consortium is building an IoT ecosystem where European companies can exploit the business potential of the IoT sector.
About Worldsensing
Worldsensing is a widely recognized global IoT pioneer. Founded in 2008, the Barcelona-based technology provider delivers Operational Intelligence to traditional industries and cities. With over 90 employees and offices in Barcelona, London and Los Angeles, Worldsensing is globally active and has already conducted projects in over 50 countries across 6 continents.
Press contact:
Jennifer Harth
[email protected]