With structurally unsound bridges, unsafe dams, and derelict roads becoming increasingly common problems, badly-monitored and unsafe aging infrastructure has been brought to the forefront of many political agendas. The recent tragic Genoa bridge collapse in Italy points to the continuing need to introduce better monitoring systems of critical – and in particular older – assets across the world, in order to reduce the significant risks to human life. The Morandi motorway collapse happened when one of the bridge’s structural components, comprising of pre-stressed concrete stays and trestles, failed. Attention is now turning to the bridge’s maintenance record, and there are suggestions that worries over its integrity and safety stretch back decades, with some saying that it should have been demolished and rebuilt a long time ago. Many are also speculating over how the collapse sits within the broader context of not just aging Italian infrastructure (about 300 bridges and tunnels across the nation are at risk, according to daily newspaper La Repubblica, and this is the fifth bridge to collapse in Italy in the last five years) but also that of the rest of the world.

The problem of aging infrastructure – and the risks it poses – has long been a pressing issue in North America too. The U.S. has 614,387 bridges, almost four in ten of which are 50 years or older. 56,007 — 9.1% — of the nation’s bridges were structurally deficient in 2016, and on average there were 188 million trips across a structurally deficient bridge each day. While the number of bridges that are considered to be structurally deficient is decreasing, the average age of America’s bridges keeps going up and many of its bridges are approaching the end of their design life. The most recent estimate puts the nation’s backlog of bridge rehabilitation needs at $123 billion.

Repairing bridges after they have broken, or leaving maintenance for too long, costs companies and governments a lot more than if smaller issues were addressed more regularly, and incidents flagged up before they could cost more money and, more importantly, lives.

Deploying regular, predictive maintenance of aging infrastructure is therefore urgently needed in order to prevent another fatal collapse from happening.

And this is just bridges. Think of other critical infrastructure – from highways and waterways to ports, harbors, mines, dams, and beyond – and you realize that the level of risk in a country like North America, where aging infrastructure is prevalent, is very high. It is no surprise that many private-sector operators and public officials alike are calling for strategies to be put in place as soon as possible.

How does the bridge infrastructure maintenance cycle work today?

Maintenance of today’s bridge infrastructure presents many challenges. Transportation engineering and maintenance personnel must provide an around the clock service to millions of people each year, while also maintaining millions of cubic meters of concrete distributed throughout their facilities, including bridges. Until recently, only a limited number of accurate and economical techniques existed to test these structures and all of them needed the physical presence of experts on-site. These manual techniques were – and still are – used to guarantee the integrity and safety of the infrastructure at the same time as ensuring that it meets original design specifications. Most of the time, these techniques are inefficient, dangerous, risky, and expensive, putting lives at risk and costing the operating company significant amounts of money through more frequent accidents and incidents.

What can be done to better maintain aging infrastructure?

Implement a wireless monitoring system based on IoT technology

Giovanni Castellucci, Chief Executive Officer of the main highways company in Italy, Atlantia, which was responsible for the Morandi Bridge, said the company had not received any specific reports or alerts regarding the bridge’s solidity, suggesting that the system put in place to flag up sudden errors did not sufficiently do its job. Traditional methods of monitoring critical infrastructure such as visual, cable, fiber optic, and topography are expensive, inflexible and rarely allow for wireless monitoring. Those that do allow for remote monitoring generally don’t have an extensive range, making it hard to analyze the data from a distance. As J. M. W. Brownjohn, an academic expert in Structural Health Monitoring for civil infrastructure, highlights that “the effectiveness of maintenance and inspection programmes [for civil infrastructure] is only as good as their timely ability to reveal problematic performance”, explaining the move towards real-time, remote monitoring systems.

IoT wireless monitoring systems, which have recently emerged, come with numerous benefits and should theoretically prevent disasters like the Genoa collapse from happening. They can be installed in remote locations without fixed infrastructure and have the necessary range to allow for remote monitoring in real-time because they run on LPWAN networks like LoRa.

LPWAN stands for low-power wide-area network; it is a type of wireless telecommunication wide area network that is designed for long range communications at a low bit rate among devices or ‘things’ (hence the ‘internet of things’) such as battery-operated sensors.

This real-time monitoring enables authorities and private-sector highway and bridge operators to build up an accumulated dataset over time, which gives them accurate, real-time information on how safe the bridge is and how much it needs maintaining. This means that highway operators can implement maintenance or evacuate and block off the area before any incidents can happen. This optimizes the maintenance cycle long-term and improves strategic planning. With the help of wireless systems based on IoT technology, highway operators can, therefore, react very quickly to any anomalies, helping to prevent sudden problems, such as a collapse, and saving money long-term on the more serious damage and prolonged downtime caused by incidents.

The term “Structural Health Monitoring” (SHM) is a recent standard that has emerged out of a set of other terms, such as structural monitoring, or just monitoring. SHM of civil infrastructures is a legal requirement in most developed countries; in the UK, for example, dams must be continually monitored through collecting operational data by a supervising engineer. SHM for bridges began to be used around the 1950s, when the University of Washington began to measure the performance of the Tacoma Narrows Bridge. Nowadays, most big bridges have some kind of SHM programme in place. A significant challenge in developing Structural Health Monitoring programmes or strategy is that every piece of infrastructure is unique, meaning that there is no official measure for ‘normal’ structural performance or ‘good structural health’. Operators and infrastructure team leaders see the continuous collection of data as essential to their SHM of key assets. 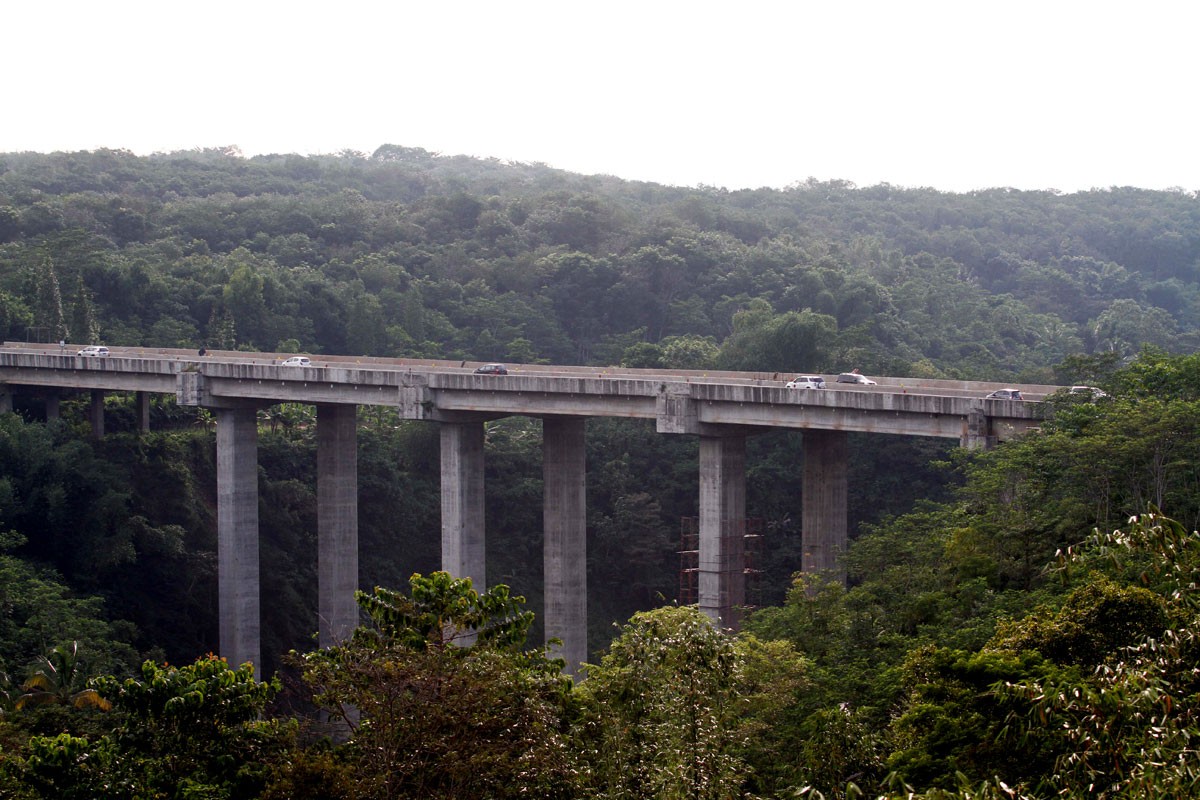 A bridge project where advanced wireless monitoring is deployed

Wireless infrastructure monitoring based on IoT networks, sensors, and software is the new frontier of SHM as it not only offers the necessary real-time data but remote, long-range and low-power data aggregation and transmission. For example, the Cisomang bridge refurbishment in Indonesia was undertaken because cracks began to appear and pillars were gradually becoming deformed. The bridge was proven unstable and trucks were forbidden from passing over. Eventually, the bridge operators decided that a long-term, wireless monitoring system was needed: Loadsensing wireless data nodes were subsequently connected to strain gauges on the concrete.

The investment in wireless monitoring here was wise but perhaps a little too late.

If the bridge operating team had monitored the bridge from the beginning, the structural issues could have been flagged up earlier and fixed, eliminating the need to put people’s lives at risk and stop traffic passing through. This late decision had huge costs: the structural issues that occurred had a very negative impact on the country’s overall logistics and therefore the economy because the bridge provided a vital route from Jakarta to Bandung, one of the country’s most important cities.

Demolish instead of maintaining

The Genoa bridge was constructed of pre-stressed, reinforced concrete as opposed to the standard steel design for modern bridges; Professor Brencich, an Engineering Professor at the University of Genoa, warned of the bridge’s collapse years before it happened. In an interview with Primocanale in 2016, he said: “the Morandi bridge is referred to as a masterpiece of engineering, in reality, it is a bankruptcy […] There will be a time when maintenance costs will exceed those of reconstruction, and then we will have to proceed with the replacement.” Brencich attributed the concrete’s rapid deterioration to the major repairs and replacements needed from the 1990s onwards; and as the tie beams linking bridge parts were encased in concrete, a precise analysis of their condition was never possible. It was his view that the cost of maintaining the bridge had overtaken the cost of demolition and rebuilding. This was echoed by Giovanni Calvini, leader of Genoa’s business federation, who said in 2012 that the bridge was at risk of collapse within 10 years, and needed to be replaced.

In the case of the Morandi bridge failure, it may be that no maintenance or monitoring system would have prevented eventual collapse. One such system may have saved lives by allowing the authorities to shut off the bridge sufficiently ahead of the collapse happening, but ultimately good, well-thought-out design and material-choice are crucial to ensuring that infrastructure is safe and long-lasting. Emergent wireless monitoring systems based on IoT technologies can help with the latter, allowing operators to assess whether a bridge needs to be rebuilt with a long-term outlook or not, through accumulated data. They can also be used to make sure that the construction and maintenance process itself is safe and smooth, therefore improving safety for the whole life-cycle of the infrastructure – from its construction to its eventual static life and maintenance. 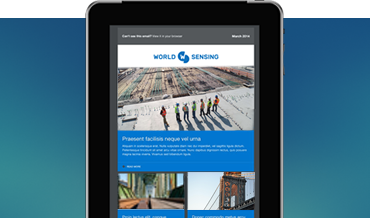 Failures of tailings dams are one of the most hazardous processes that may occur and can cause extensive damage to life, property and health.

Railways are in need of constant maintenance in order to ensure the safety of both passengers and railway workers.

Digitizing tunnel monitoring: what does it mean and how can it be done?